When the senior developer is overqualified for a task by The coding love
Tuesday June 4th, 2019 at 5:16 PM

The post When the senior developer is overqualified for a task appeared first on The coding love. 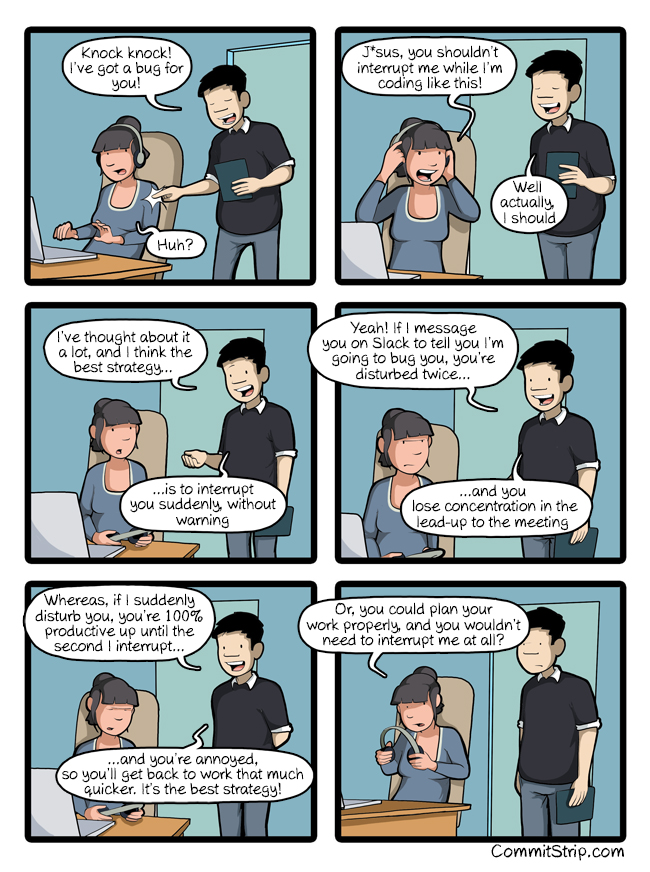 Roll It Up With Amazing Katamari Damacy On Mobile by Kevin Tucker
Thursday December 7th, 2017 at 6:30 PM

Players who didn't quite get their fill of past Katamari games, or even those who haven't yet jumped on the series, now have an all-new and delightfully-weird entry to check out. Amazing Kamatari Damacy is the latest game in Bandai Namco's addictively-absurd series, and it aims to bring that distinct Katamari flavor to mobile devices in a polished endless-runner-type experience.

The newest Katamari Damacy experience still presents the series' traditional sort of cobbling-together gameplay, abeit this time around with a few special twists. Chief among the new changes to the formula is a focus on an endless-runner style of gameplay, where players are dealing with a constant foward momentum and need only make minor adjustments to their course in order to pick up objects.

Amazing Katamari Damacy has other cool features, too, including the ability to collect objects like rainbow curios and golden gizmos in order to restore the stars to the heavens above. Players can also call in help from other characters like Fujio, Macho, Opeo, and others, and can compete with their friends for bragging rights through the game's leaderboards. Check out some of the title's new gameplay in the iOS and Android trailer featured below.